A look at the Great Moms of the Ocean

Moms are pretty amazing. They support us, protect us and teach us a life lesson or two along the way. But, did you know that some of the best moms on the planet live in our oceans? From penguins to octopi, many marine animal moms go to great lengths to raise their young, whether it’s scouring the ocean for the best food, swimming for thousands of miles or providing much-needed warmth during cold winter months.

Here are five examples of incredible mothers caring for their young, and of the extraordinary bond forged between mother and child.

Orcas have one of the strongest familial bonds in all of nature; both male and female calves stay with their mothers their entire life. Mothers have just one calf every five years, and the mortality rate in the first year is extremely high, so mothers have to watch over their young 24/7. For the first month of their lives, the calves don’t sleep, so mothers forgo sleep to stay up with them. The emotional connection between mother and child is so strong that some researchers have observed adult males in the wild abruptly stop eating shortly after their mother's die and then, ultimately, die themselves.  While young female orcas survive better after the loss of their mother than their brothers, older females were nearly three times more likely to die shortly after their mothers expire, the study showed. The reason for this dependence is unknown to scientists, but the evidence proves that the connection between a mother orca and its calf is wholehearted.

Dolphin calves nurse from the mother for about a year to 18 months. During the first year of their life, mothers direct their calves’ movements by teaching them how to swim and breathe appropriately.  In caring for her calf, a mother dolphin stays close by and attentively directs the calf's movements.  The calf is carried in the mother's "slipstream," the hydrodynamic wake that develops as the mother swims. This helps the baby swim and enables the mother and calf to stay up with the group.  Mother-calf bonds are long-lasting; a calf typically stays with its mother 3 to 6 years.  Once calves go off on their own, the calf will return to its mother’s pod often for a visit, with female dolphins coming to see their mother more often than their brothers.

Gray whales have the longest known migration of any mammal, swimming a round trip of 16,000 to 19,000 kilometres each year — with young in tow. Some whales even give birth mid-migration. Mother gray whales don’t feed during their months of migration, but they do nurse their calves who drink about 50 gallons of their mother’s fat-rich milk per day. In addition to supplying her baby with plenty of food, a gray whale mom must also protect her young from predators, like orcas, and will put up a relentless fight, if need be. For the Eastern gray whale, rearing a child is an incredible test of endurance.

After mating, a female will lay up to 74,000 eggs or more in a deep den or cave and live there for seven months watching over them. She doesn't even eat during that time period because she can't leave the eggs unattended to forage for food. She works to keep her eggs safe from harm by swiping away any debris that approaches the eggs with her arms and by periodically blowing water on them for aeration. Once the baby octopuses emerge from their eggs, she blows them into the open water and they immediately know how to take care of themselves. After all of this hard work, an estimated two giant Pacific octopuses out of the 56,000 will reach adulthood – now that is motherly dedication! 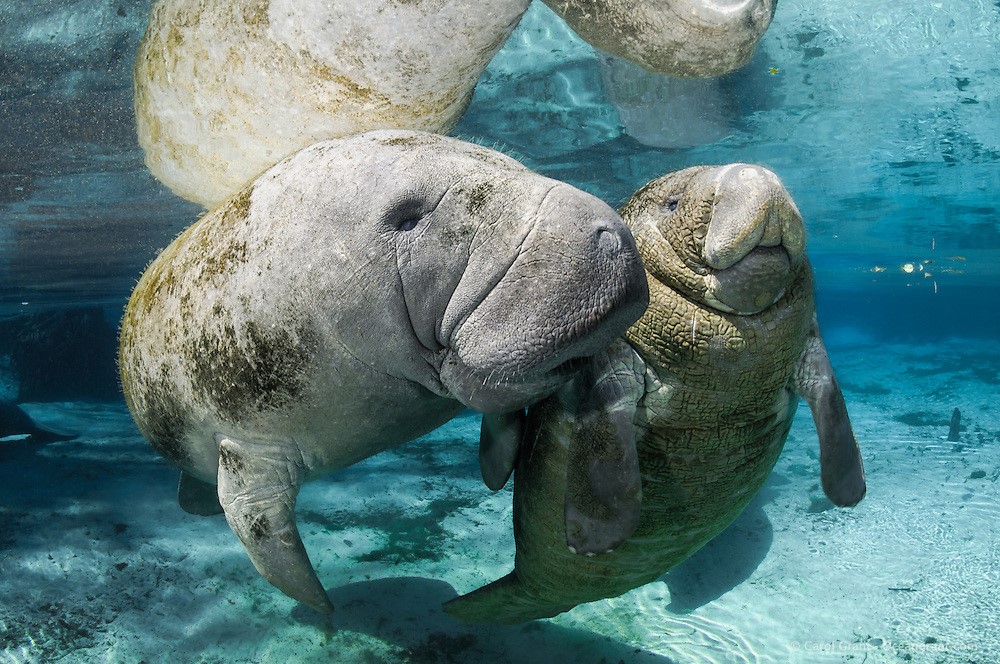 Manatee mothers show a tremendous dedication to their offspring that starts with nursing within a few hours of giving birth. Their calves are usually weaned within a year, but these mothers typically stick around for up to two years and are often found right alongside their calves. Mother manatees actively block predators by swimming in between the calf and any potential threat. Furthermore, manatee mothers not only provide their children with nutrition, but also teach them about feeding areas and preferred travel routes.

The ocean is full of great mothers capable of reminding us of all of the sacrifices that moms around the world make for their children. With that in mind, we at Just Add Water would like to express our gratitude to all mothers out there and wish them a Happy Mother’s Day.